This work was done for and with support from Sulabh International NGO.

Among the many sociological downsides that India suffers from, the ostracism of the Indian widows do leave a considerable scar. These days they are no longer forced to Widows in India no longer forced to throw themselves on the funeral pyres of their husbands, but life which is handed over to them can still be hard. The conviction to consider a widows inauspicious and impugning her for the death of the husband still very much exists, particularly in Bengal. These widows soon find themselves ostracized from their home villages and many are sent away by their husbands' families who want to prevent them inheriting money or property. Some are even flung out by their sons and daughters-in-law as unwanted baggage.
The poverty and neglect faced by widows in West Bengal is driving them to seek refuge and charity in the ashrams of Vrindavan, a journey of over 1,000 miles.
Vrindavan is a famous holy city on the banks of river Yamuna in west Uttar Pradesh. The holy city is associated with Lord Krishna, who according to great epic the Mahabharata, was born in the nearby forest. It is part of the Brajbhoomi, where the Krishna Leela or the birth and romance of Lord Krishna and his consort Radha was enacted. Round the year there is an unending stream of tourists, Indian and foreign, who wish to savour the enchantment of the holy city and seek the blessings of the resident deities in the temples. But Vrindavan has its darker, less-loving side - it is known as "the city of widows".
The widows seeking shelter in the ashrams believe that holy places like these would help them to attain salvation and would bring them nearer to god. Many regard Vrindavan as the only place where they can live and die peacefully with the protection of all mighty. Unfortunately these ashrams in themselves do not have much to offer. Majority of the widows are seen begging on the streets or singing songs/bhajans for earning their livelihood. Those few genuine pilgrims who come here to devote their remaining years to the service of Radha/Krishna, also face the same problem. Even though they get a roof over their head, the financial struggle for livelihood makes their existence tragic.

But it is heartening to say that times are changing. Widows are emerging out of their shadows where they were not expected to look happy. Sulabh International, an organisation headed by the famous reformist, sociologist Dr. Bindeshwar Pathak, has shown a lot more empathy towards these unfortunate women. Sulabh International has not only taken steps to ensure that these women get money on a monthly basis to meet their expenses but also empowered them with jobs like stitching and knitting. More importantly the organization struck at the roots of the social order that makes widows shun all festivities by celebrating Holi with them. In an effort to mark the departure of age old useless tradition and bring the widows into mainstream of society, Sulabh started organising Holi for them about three years ago at the widows' ashram and in the year 2016 it was organised at the famous Gopinath temple to give it a kind of social acceptance.
As the colours of Holi descended and painted the white saarees, it symbolized the fall of that age old superstitious traditions which barred the widows from wearing colours, among many other. For them it was a joy long denied. Under the showers of flower petals and among the songs of lord Krishna, hundreds of widows danced, splashed coloured powders (gulaal) and played with water pistols (pichkari) filled with coloured water. Women who worked as manual scavengers and were empowered for a better life and job by Sulabh joined them in this blissful event. There were smiles and joy all around. 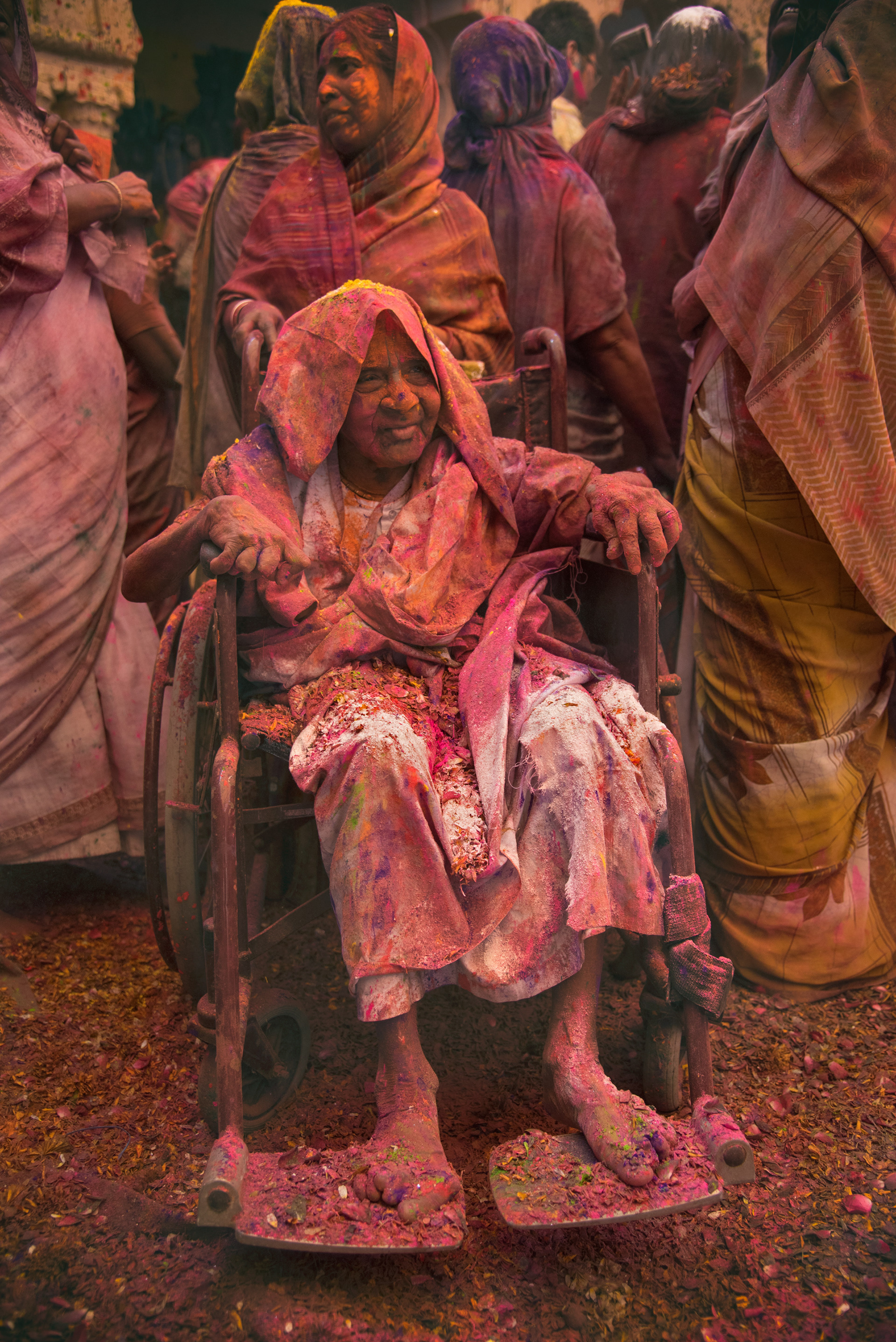 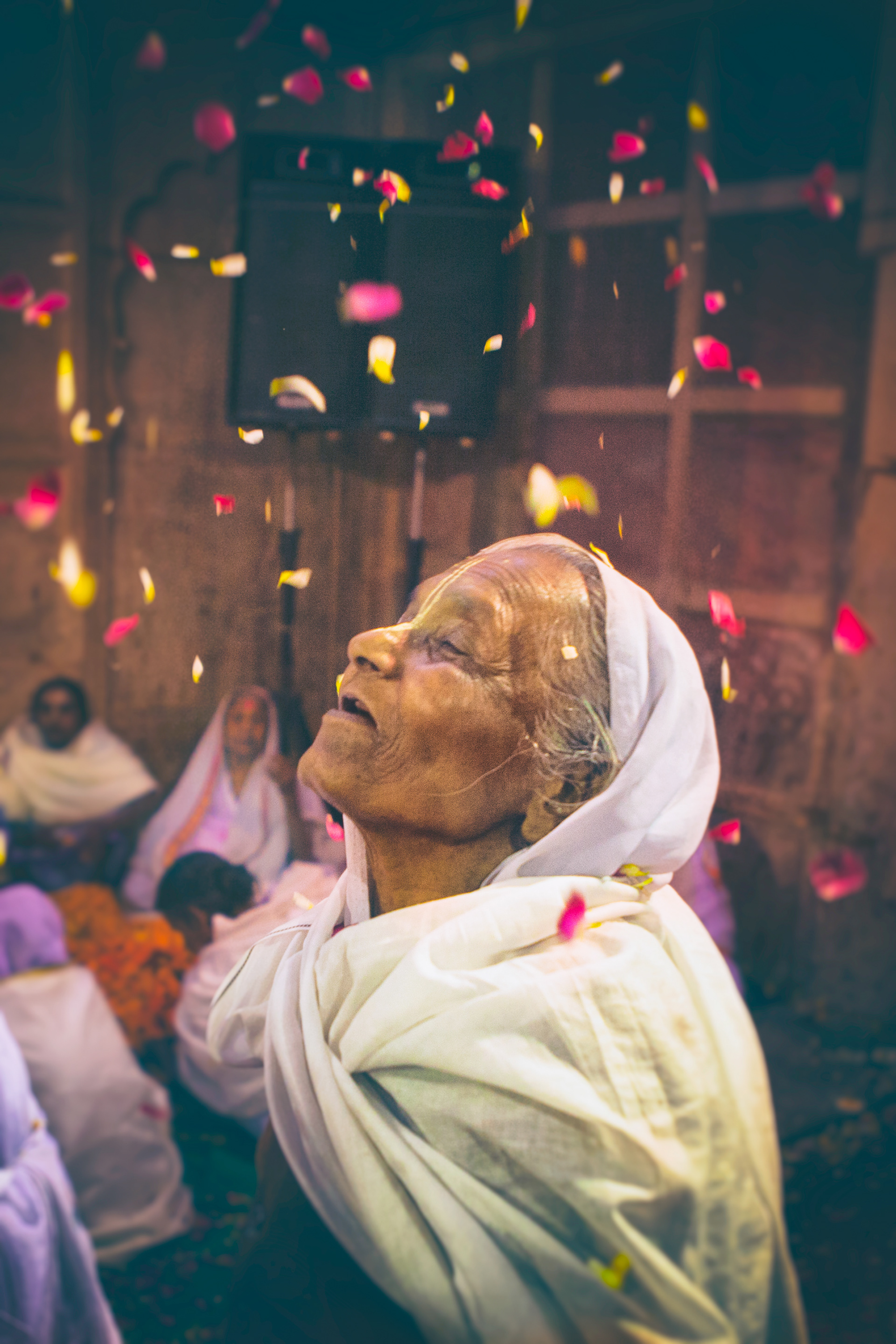 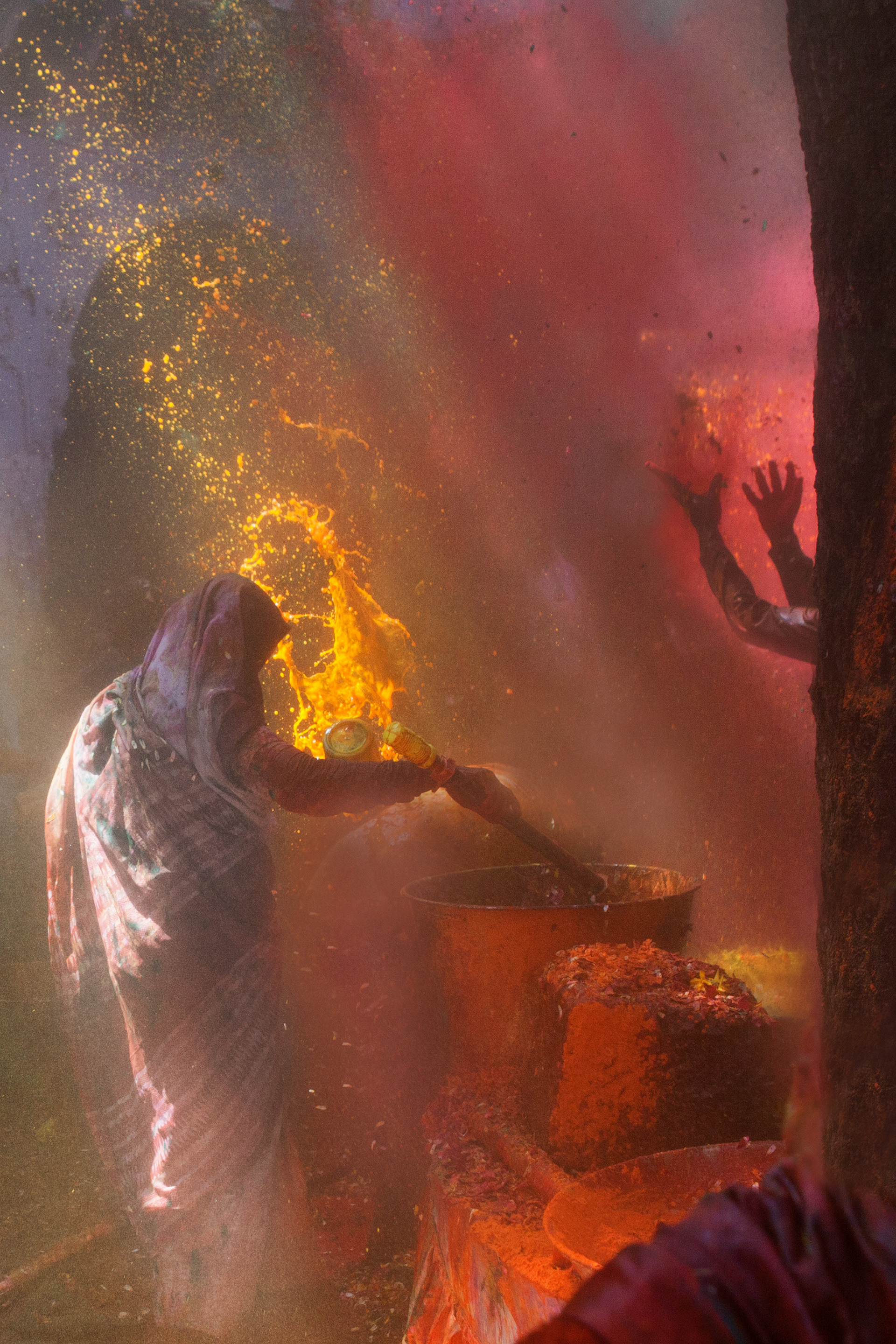 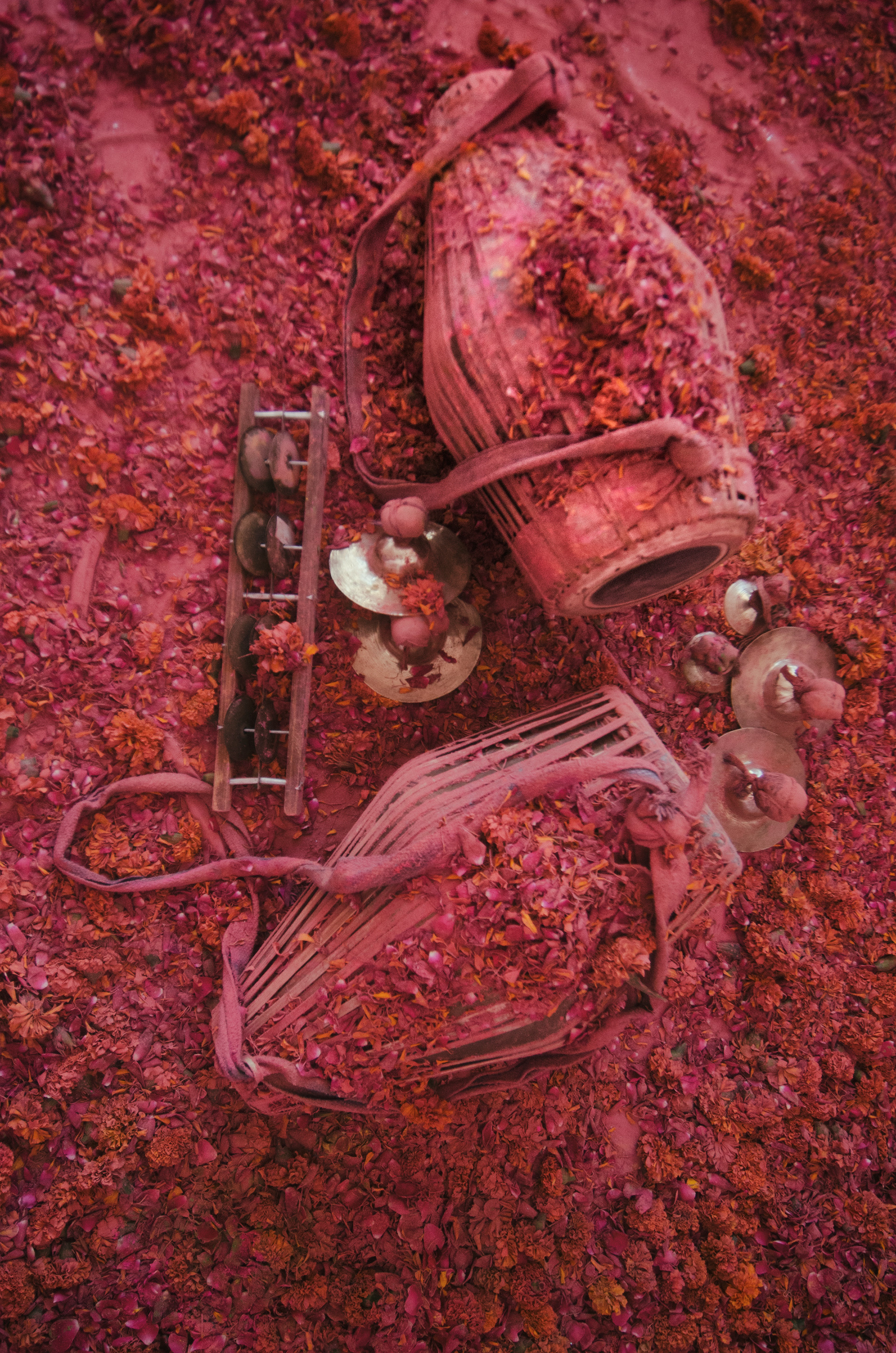 In this bleak landscape of the white of the widow, Holi — a festival of colours, revelry and a licence for fun is a much needed act. Measures like these however sidestep the more serious concern of why widowhood should be a scourge at all. A society that offers women access to property, paid employment, education and sexual autonomy would create independent women, who would know how to live their life with dignity and joy whether they be single, married or widowed. Festive celebrations relieve the tedium of everyday, this attempt to infuse colour and joy into the barren lives of the widows of Vrindavan is surely welcome, but this should not lull us into accepting the harshness of a society that pushes these women into the ashrams of Vrindavan in the first place. We need to remind ourselves of the need to challenge the inequalities and injustices, which create the sorry plight of the widows of Vrindavan whose grief is temporarily alleviated by the welcome colours of Holi. We wait for the day when men and women can freely choose the colours of their lives.